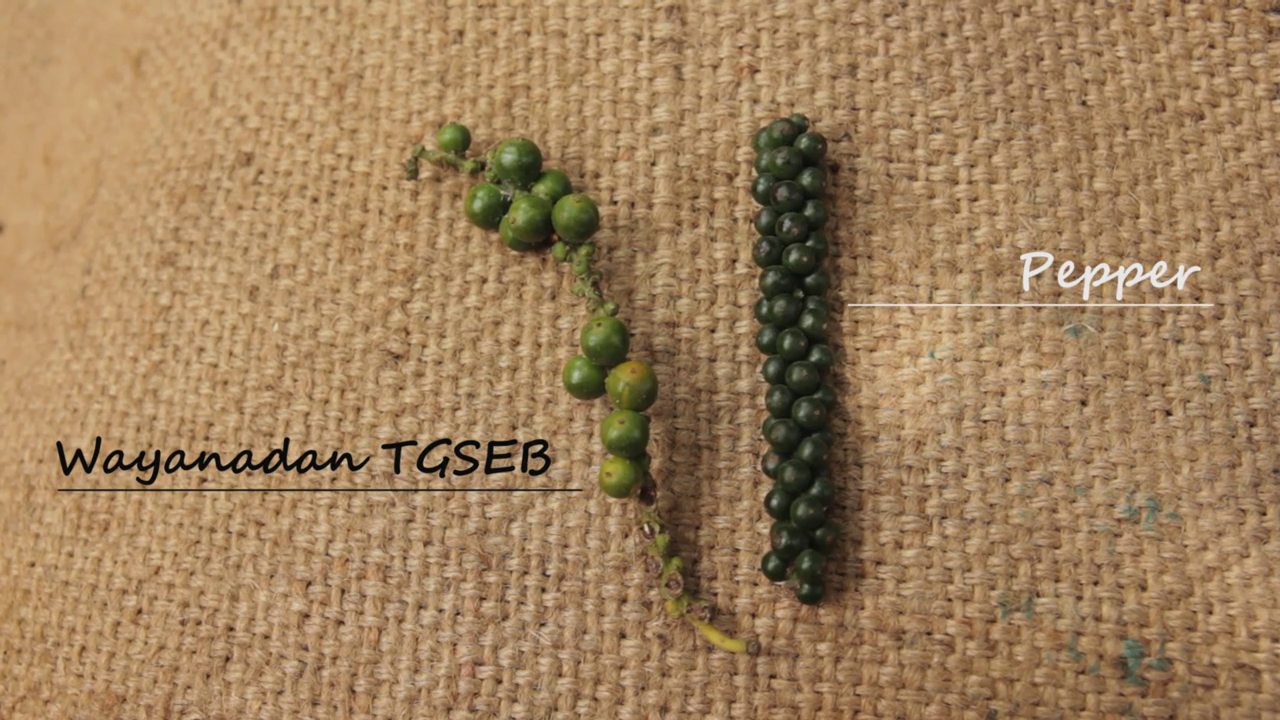 Believed to be the first identified variety of black pepper in the world, the Wayanadan stands out for its size, colour, flavour and aroma.

The TGSEB is officially the highest-grade of black pepper in the world. TGSEB stands for Tellicherry Garbled Special Extra Bold. There is common misunderstanding that Tellicherry is a variety of pepper. It is just a grading standard.

The provenance and the spice trade

To be classified as Wayanadan, the pepper has to be sourced from a specific variety of the plant called 'The Wayanadan' that grows only in the region of Wayanad on the Western Ghats of Kerala –India. This unique variety is mainly found in the Mananthavady region within Wayanad.

History mentions it was the Wayanadan peppercorns that brought the famed European explorer Vasco da Gama to Kerala in the year 1498.

Due to low yield, expensive farming conditions, and lack of demand from big buyers, the Wayanadan variety of pepper has almost become extinct. Local farmers are replacing it with higher yielding and hybrid varieties.

This project is trying to revive this unique variety of black pepper and thereby also establish and protect the identity of Wayanad as the home of pepper.

We embarked on this project in year 2013 and the challenges were many including not enough Wayanadan plants to creating an exclusive sourcing, grading and processing channel. The produce sourced from each farmer is recorded under the project. So far we have 16 farmers from whose farms we source the Wayanadan. In the very first year we managed a mere 151 kg of pure Wayanadan and this has since grown to over 650 kg in 2018.

We recorded the very first vintage in the year 2015. An exceptional year for the Wayanadan in terms of the yield, the appearance and the flavour.